A visit to the Irish Maritime Festival 2014

Last Sunday was one of those days where we didn’t know whether we wanted to stay at home and laze about or head out into the wild. In the end the sun made a break from the clouds and our decision was made for us. So off we popped to the Irish Maritime Festival in Drogheda for a few hours where there were tall ships and water sports on display. 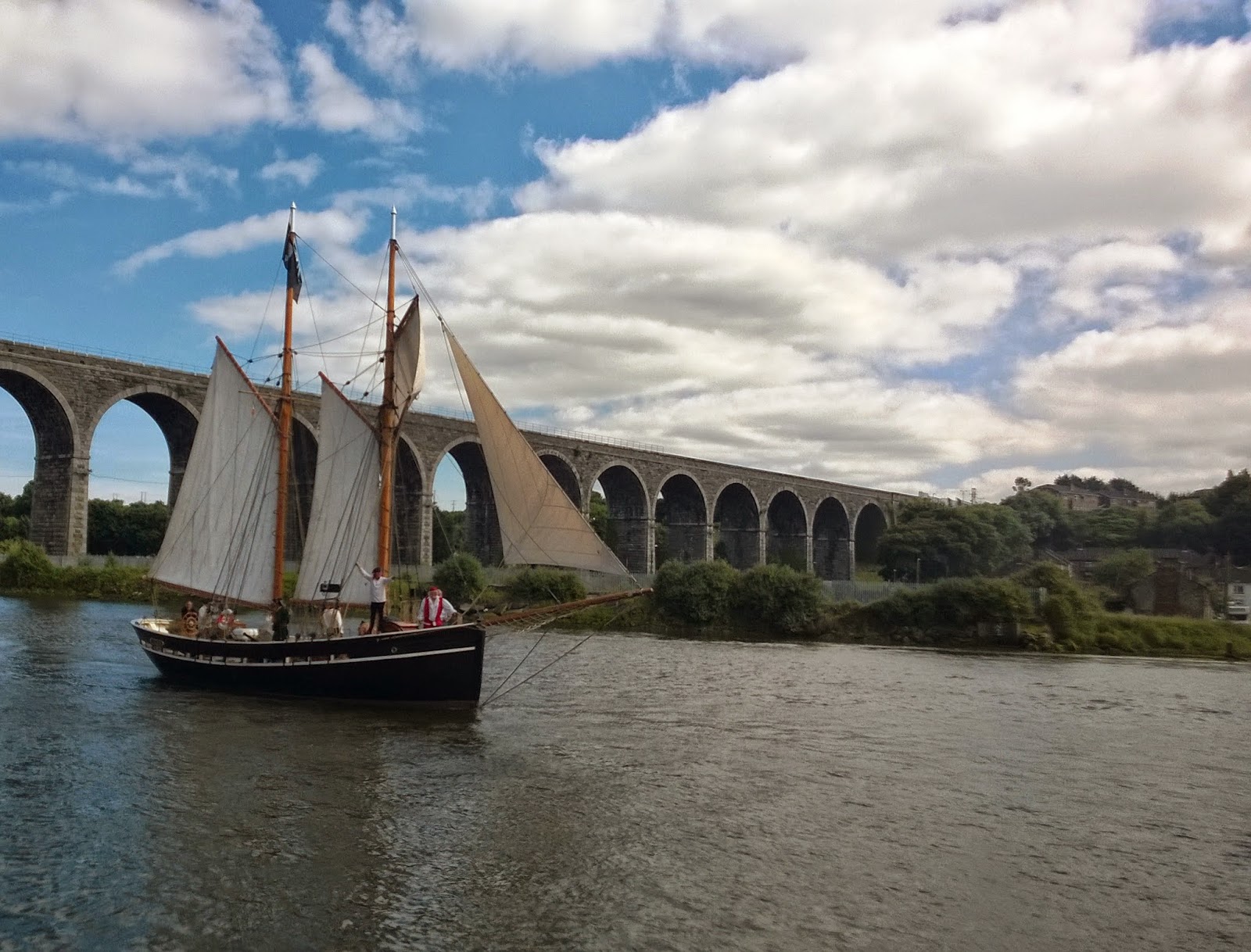 I think this is the second year it has run but don’t quote me on it! It is located down at the end of Drogheda port across the river from Scotch Hall and WM Cairnes. They were charging two euro in and kids were for free. The money was going to the city council and if it goes into providing more small events like this or helping to regenerate the city then it’s money well spent. 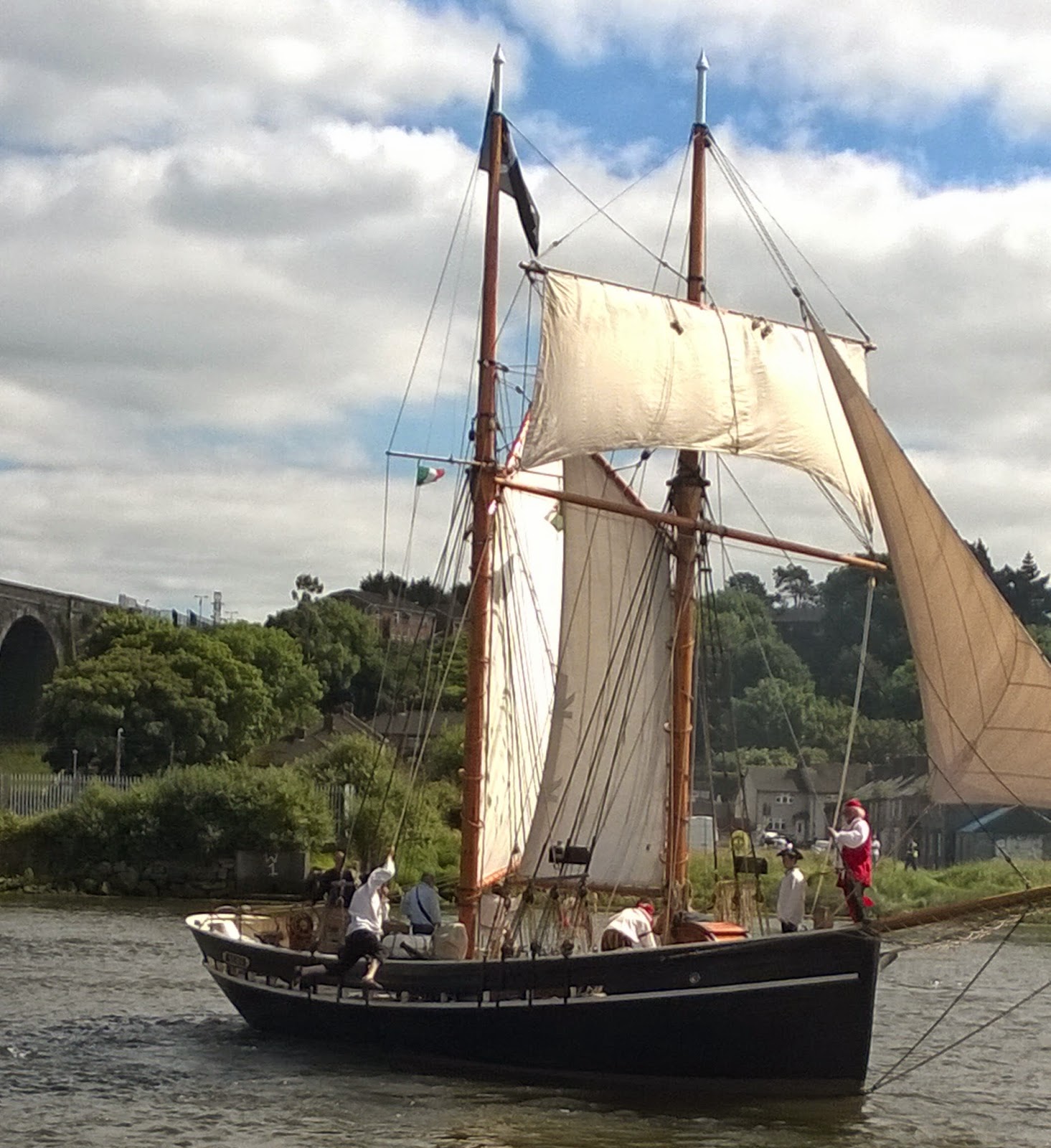 The entrance in was a bit of an odd one as we passed numerous car salesman who had their wares on display. Eventually we got to the ‘real’ start where there were stalls of sailors caps, balloons and other souvenirs for sale, which you know are going to end up unused but I would suspect there was a lot of pester power going on that day from the smallies! It was a great event for kids as they got to sit in tanks, go aboard tall ships and watch some bloke dressed like ironman with a jetpack do water aerobics and which I have to admit was pretty impressive. There was also a funfair on site so there was lots for families to do. 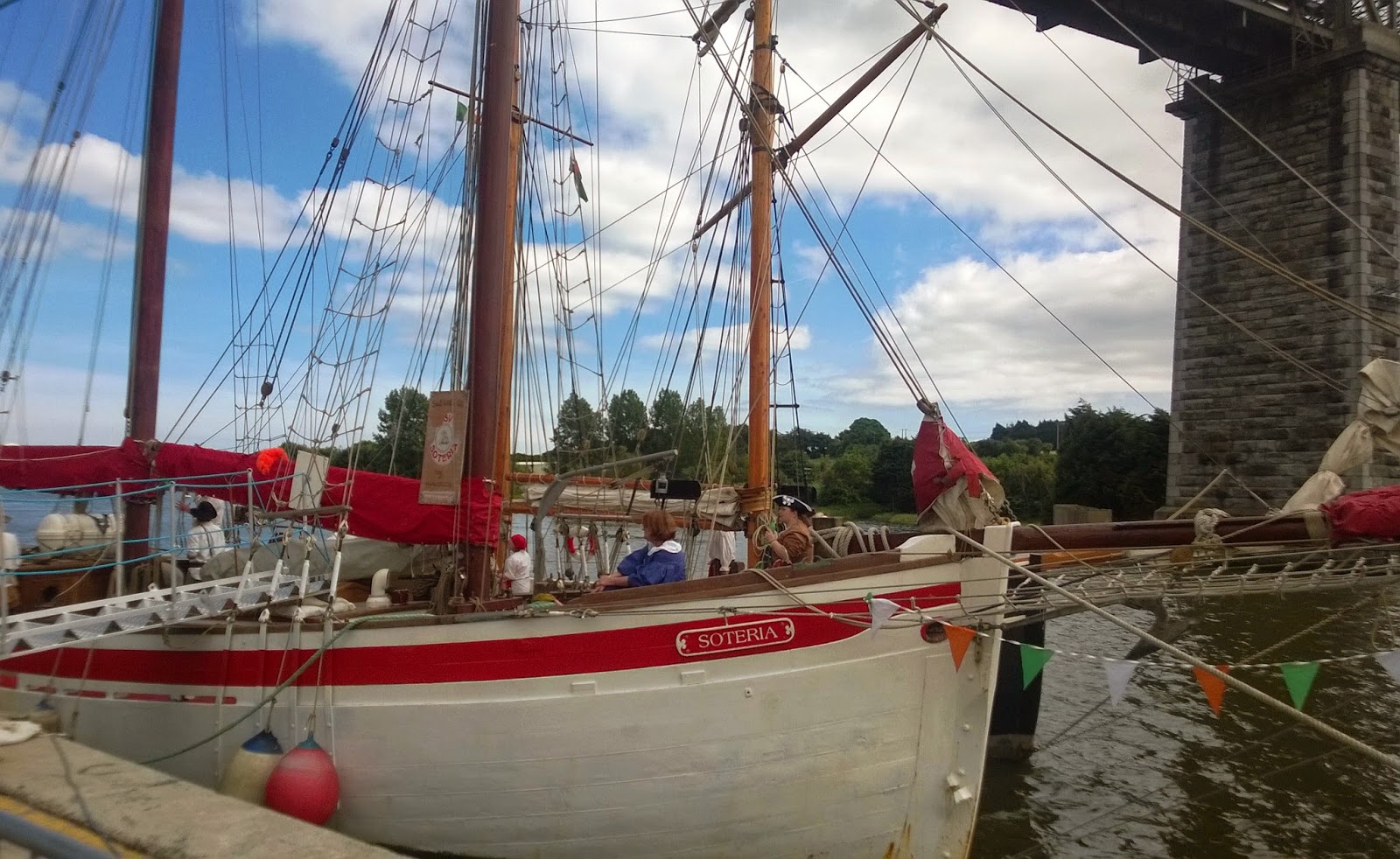 The thing that interested me most was the art exhibition and the artisan market. It was nice to be able to wander round paintings and photos by local groups. There was some amazing talent there too. The artisan market had a lot of local artisan producers in attendance which was great to see. Sticky Fingers Bakery, Big Red Kitchen, Newgrange Gold and Chez Emily were all there and duly sampled. We came home though we beetroot relish from Moran’s Homestore and flavoured butter from Blast and Wilde; two places that we hadn’t encountered before. The flavoured butters are made up in Slane and can be put on anything. We have already used the lime and chilli one over fried baby potatoes and it's nice to be able to do something different, but easy, with them. 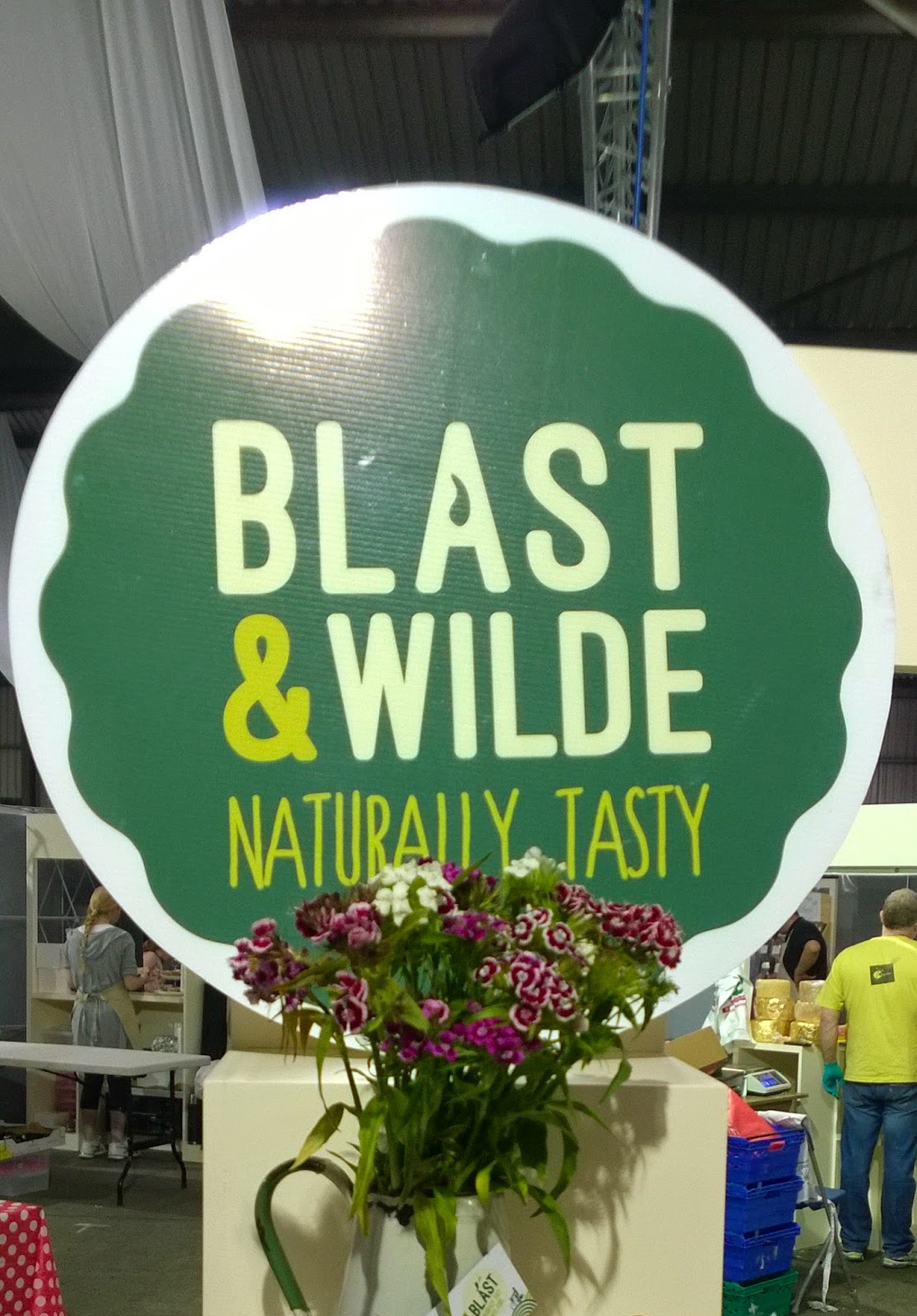 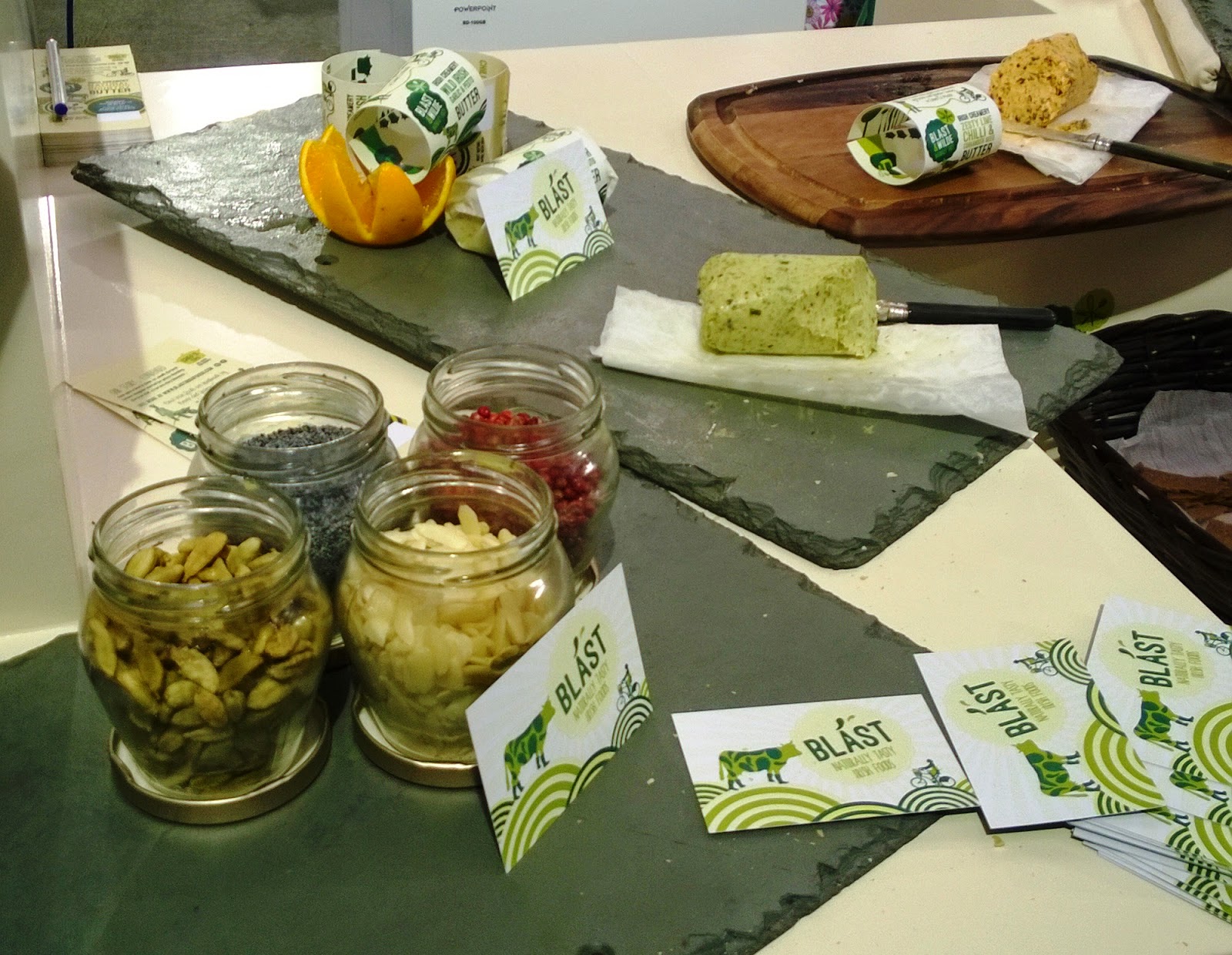 Overall this was a good, fun and very family friendly event. It was well organised and it was great to see this area of Drogheda being used this way. The day was rounded up with a pirate battle where two tall ships sailed up and down the Boyne firing cannons at each other all to the soundtrack of Pirates of the Caribbean. Sure what else would you be doing on a Sunday! 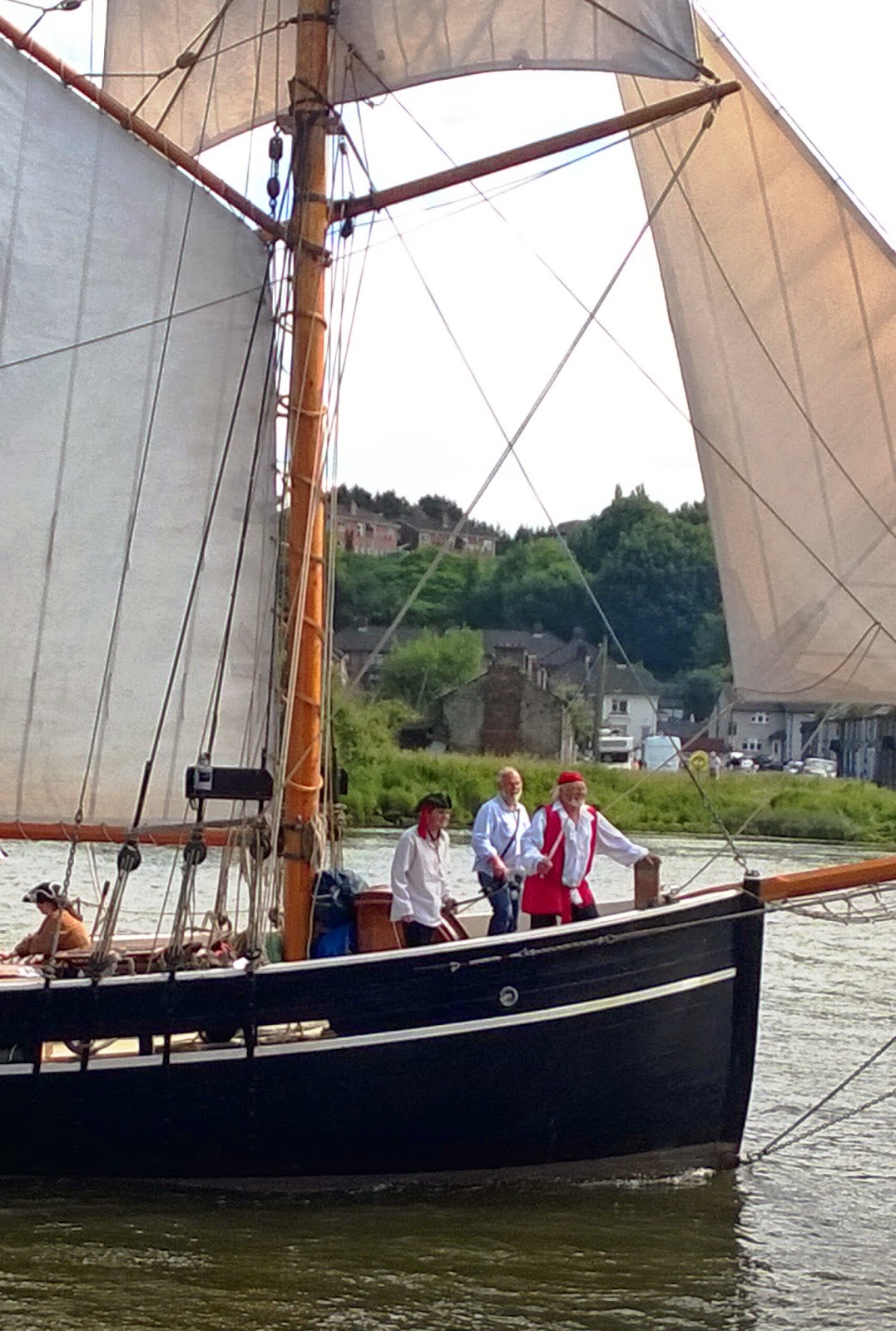