Hunters Lodge Living: A Class in Self - Sufficiency

One of the things I want most in the world at the moment are some chickens! As a city girl born and bred, I’m not entirely sure where this has come from; indeed it is generally greeted with howls of laughter from my friends whenever I mention it. I think it must have begun with childhood holidays away and day trips to farms. I have many a fond memory of baby chicks and horses that could talk! It might also have something to do with my baking addiction and the fact that it would mean lots of fresh eggs to use!! Now I don’t know anything about chickens - the different types, how hard they are to look after or if I’m just living in Lala land but I am a girl who likes to do her research first. So with that in mind I headed off down to Hunters Lodge in Carlow where classes on self - sufficiency are run by the lovely Fiona Dillon. 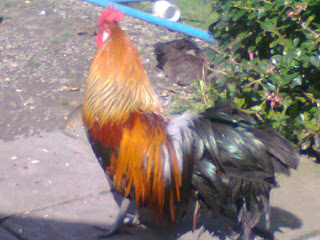 It was late August and one of those gloriously sunny summer days. After a lovely drive down, and only getting lost once, I arrived at Hunter’s Lodge.   Once the rest of the group arrived Fiona brought us on a walking tour of her garden. She believes that it isn’t too difficult to make a turn in your life towards self-sufficiency. At Hunters Lodge their garden supplies them with eggs, vegetables, potatoes, apples, soft fruits, honey, tomatoes, herbs, chicken, pork, ham, bacon, turkey and more.  For a newbie like me who wishes to aspire to such living, her garden and the way she maintains it was very encouraging. The area were the pigs, chicken and geese are kept was not as big as I thought you would need to rear such animals. In the same plot of land she also grows potatoes in sacks and tomatoes and other veggies in a green house. Fiona made it all look very doable and explained that it really is low cost to maintain but that it does take a bit of hard graft to get it all going. 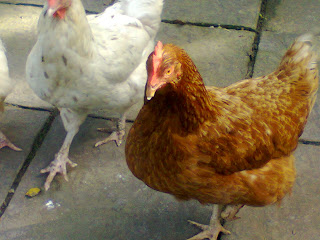 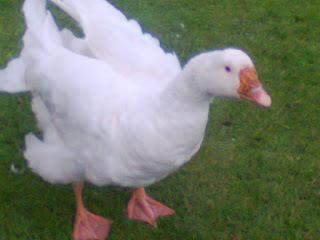 She also showed us her vegetable patch in another separate part of the garden filled with onions, cabbages and other produce. From here we could hear the hum of bees which are a fairly new addition to Hunters Lodge. Jealous probably wouldn't even cover how I felt - imagine all that delicious honey on your doorstep!! 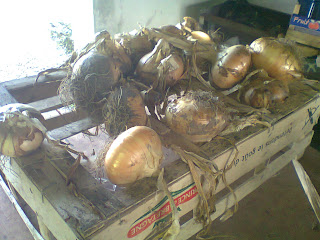 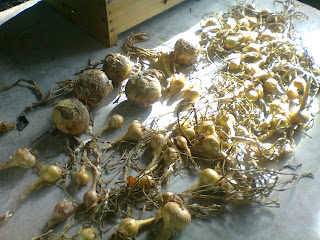 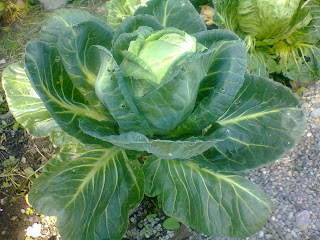 After all the walking around we sat down for a cup of coffee, strawberry jam and soda bread. Fiona described how she forages for food and showed us her rosehip syrup and sloe gin and vodka. I would have happily had a sample except I was driving!!

It was a great and informative day and I think the main thing that I took from the afternoon is that it really isn’t as hard as I thought it would be to live a more sustainable life. Of course there will be trials and tribulations - crops will fail, chickens may get caught by foxes, bees will swarm and jam may not set – but if you don’t try, well then you may just be missing out on the joy that accompanies taking that first mouthful of a delicious jam, baking with your own eggs and cooking with your own produce!

I’m no longer a city girl since my recent move to Meath so I am one step closer to that dream. I will get the chickens eventually (the current landlord has vetoed the plan!) but I do now have a store cupboard filled with jams and a garden full of potted herbs. The current plan is to find some sloes to make that vodka!!